Below is the February edition of the Fintech Report Card, a monthly piece by Riskalyze CEO Aaron Klein originally published in WealthManagement.com. 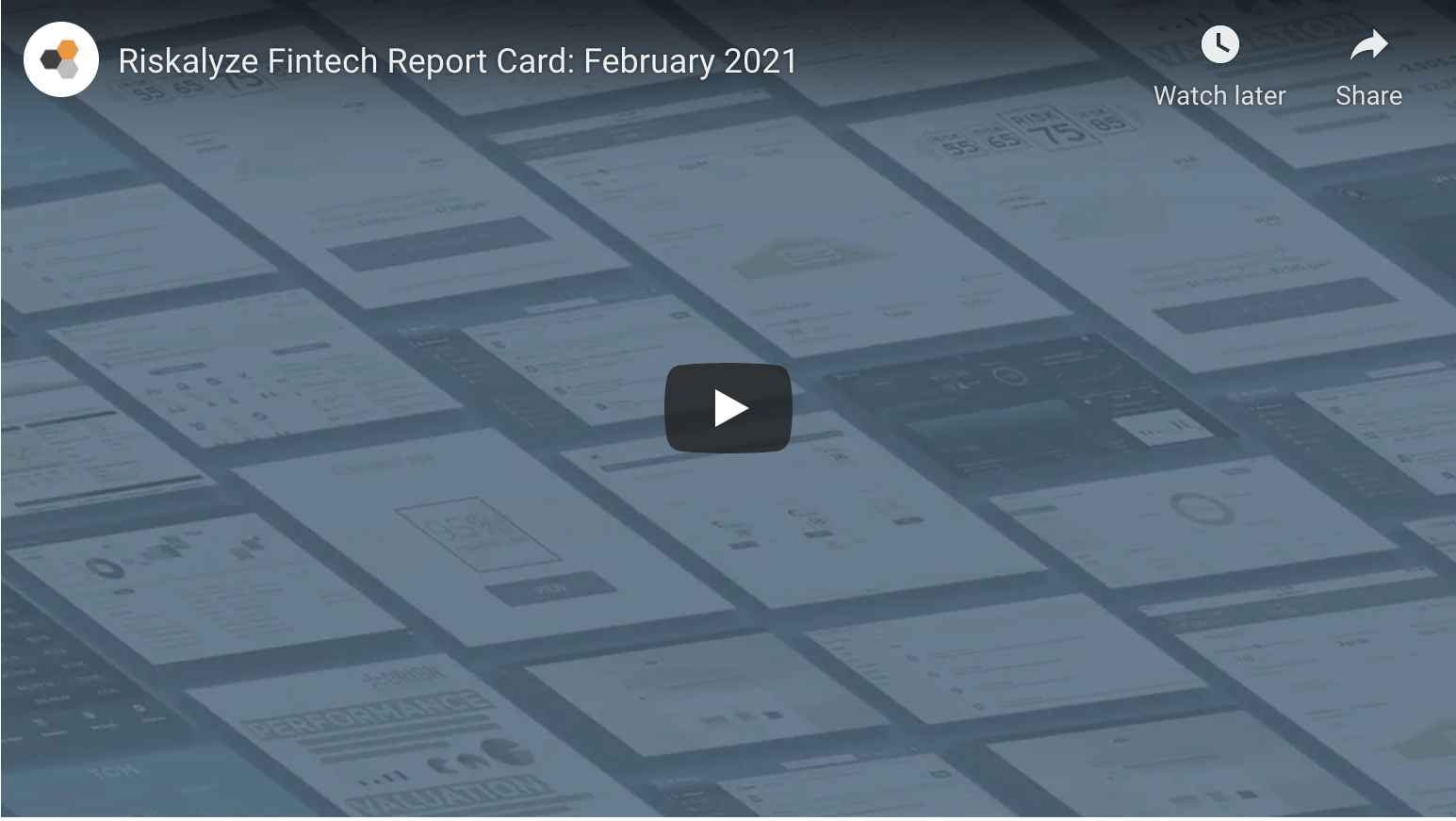 What happened: Orion Advisor Solutions partnered with Focus Financial to bring banking and lending services to the advisors who use its wealthtech platform. Rather than building this capability from scratch, Orion gets to leapfrog forward and put a mature offering of credit opportunities and cash management at advisors’ fingertips.

Why it matters: The best financial advisors don’t stop at managing investments and delivering plans—they’re the “personal CFO” for people with wealth. Banking and credit services are a key part of that equation, whether you’re seeking a better return on cash, or looking for a line of credit backed by valuable-but-illiquid pre-IPO equity holdings. This was another big step toward Eric Clarke’s vision of the future to help independent advisors compete and win.

What happened: InvestCloud, known for both its innovative client and advisor portal and its data capabilities, has merged with Fiserv-spinoff Tegra118 and Finantix, as part of a $1 billion-plus recapitalization of the firms led by Silver Lake and Motive Partners.

Why it matters: This is an interesting move. The rap on InvestCloud for a long time has been that, underneath the hood of that slick configurable portal, the other pieces of its offering lack feature depth and maturity. The rap on Tegra118 might have been the lack of a great advisor-facing experience. Together, they’ve got a lot more horsepower to make a run at Envestnet and Orion. But John Wise’s biggest asset in the deal might just be fintech powerhouse Cheryl Nash, one of the industry’s top executives and female leaders.

Visa and Plaid Strike Out

What happened: Visa was set to acquire Plaid in a deal worth more than $5 billion, but the Department of Justice filed a lawsuit to end the merger. The two companies pulled the plug, and Plaid says it will remain independent.

Why it matters: The $5 billion Plaid-Visa deal had the late Jud Bergman looking like a genius for scooping up Yodlee for the comparatively thrifty $590 million. The Justice Department breaking this deal up because Visa could use it to sustain its duopoly on payments certainly bolsters that analysis. Plaid CEO Zach Perret’s phone is now ringing off the hook with six SPACs, five bankers, four private equity firms and a partridge in a pear tree trying to be his next dance partner.

Why it matters: Once called Project Avocado in a nod to millennials, eMoney is making a fascinating play to bring financial planning and education directly to the consumer, with the idea of eventually developing those consumers into new clients for the advisors who use eMoney. All eyes now on Ed O’Brien to see how much wood he’ll put behind the consumer arrow to make this a big success for their clients.

What happened: Carson Group CMO Jud Mackrill stepped down from his post at the Omaha-based RIA to start a new wealthtech firm called Milemarker, which is focused on helping wealth management enterprises better understand and integrate their data.

Why it matters: If there’s a core principle that Carson Wealth is known for, it’s that the firm that controls its data controls its destiny. In a world where advisors increasingly demand more integrated workflows, but also want to use best-of-breed solutions, Milemarker appears to be surfing an endless wave of potential as an “integration-as-a-service” company. It’ll be interesting to see how this squares up with Oleg Tishkevich’s Invent.US, but there is a ton of work to go around, that’s for sure. Congratulations to Jud, Kim and the rest of the Milemarker team!

What happened: Fidelity launched ESG Pro, a tool for both Fidelity and non-Fidelity advisors that includes an ESG quiz for consumers and pre-built ESG models for advisors.

Why it matters: ESG has had a mixed track record so far, but the share of investors who have strong feelings about filtering their portfolios with their personal values is growing—and capabilities like fractional shares and direct indexing will only enable more innovation in that vein. (The downside there appears to be 70-page monthly statements with hundreds of holdings—it’s a good thing ESG investors trend paperless!)

Why it matters: They say the most important thing in a business is to get the right people in the right jobs, and this one seems tailor-made for Samantha. She is one of the profession’s bright lights when it comes to helping advisors communicate the benefits of their advice to more people. Congrats, Samantha and FMG Suite!

Disclosure: I’m a board member at Snappy Kraken, an FMG Suite competitor.