Below is the August edition of the Fintech Report Card, a monthly piece by Riskalyze CEO Aaron Klein originally published in WealthManagement.com. 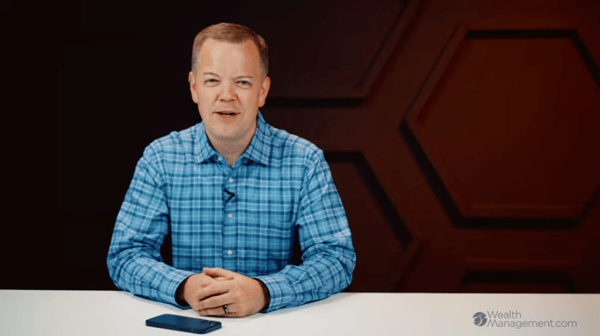 Why It Matters: It’s super exciting to see the passion and commitment that CEO Tyrone Ross brings to the job rewarded with a great capital raise for this up-and-coming firm. Onramp is building a fascinating set of education and management tools to try to capture “first-mover” position among advisors intrigued with crypto. Has Onramp caught this wave at just the right timing? We’re excited to watch their progress.

Why It Matters: Why let Robinhood have all the fun? Wealthfront adding cryptocurrency options is another move toward making digital assets more mainstream and accessible to self-directed investors who aren’t of the day trader variety.

What Happened: FMG Suite, a marketing automation platform for advisors, announced the launch of its first mobile app. The app will allow users to share content from the FMG Suite Content Library as well as push notifications to clients.

Why It Matters: Mobile apps may have revolutionized daily life over a decade ago, but they’re still making their way through wealth management mainly due to anxious compliance departments and the sheer complexity contained in most advisor tech tools that don’t easily translate to a smaller screen. In today’s 24/7 news cycle, though, advisors have to be nimble and ready to communicate in a moment’s notice. FMG’s app looks like a solid contribution to giving advisors a leg up in making sure they can be that “top of mind” financial guide for clients.

Why It Matters: Now, as anyone with a teenager knows—and I’ve just about got three—texting is not just an option, it's a way of life. I mean, email is still great, but to be able to get more personal in a compliant way is huge. People expect to communicate easily with those they trust most, and that includes their advisor!

Disclosure: I'm a member of the Snappy Kraken Board of Directors.

InvestCloud Equips a NaviPlan Mod to Its Stack

What Happened: Like it’s done with other solutions it’s acquired, InvestCloud is building a modular version of the NaviPlan financial planning system so it can be purchased as a standalone “app” for InvestCloud users.

Why It Matters: InvestCloud’s approach has always been an interesting and intriguing one—positioning each of their capabilities as “apps” that enterprises can snap in or snap out of their deployment of the platform. The firm has ambitious plans to turn the new modular app into an even bigger player and win the hearts and minds of advisors. Can they make a dent in the MoneyGuide/eMoney juggernaut? Time will tell.

What Happened: Advyzon, a portfolio management system largely focused on RIAs, announced an update to its Pershing integration and also revealed it is in the first phase of building its own rebalancing tool.

Why It Matters: Advyzon has been one of those up-and-coming players competing with the likes of Orion, Black Diamond and others on the emerging part of the market. One sure way to increase its leverage is building deeper relationships with custodians like Pershing. This one is interesting to watch!

Vestwell Gets Big Funding Round to Digitize the 401(k)

Why It Matters: Fintech funding has been on fire in recent months—in the June Fintech Report Card we looked at Altruist’s $50 million round and now Vestwell has blown past that by $20 million more. Vestwell is doing its part to update and modernize the long-stagnant employer retirement plan space. Those are some big-name players placing a large bet that they’ll be able to follow through on Aaron Schumm’s vision.

Why It Matters: The new buzzword in wealth management is “financial wellness” and it’s going to be interesting to see how the fusion of fintech and health sciences comes together at this new VC firm. What’s really fascinating is that part of the value proposition for this new firm is to build software that makes it easier for RIAs and their clients to invest. We’ll all be watching the Mackrills’ progress closely!

What Happened: Knudge, a technology platform for managing advisor and client task lists, announced the addition of Dr. Moira Somers, an international best-selling author. Somers arrives at Knudge as a technology advisor with expertise in neuroscience, financial psychology and behavior change.

Why It Matters: One of the most difficult parts of an advisor’s job is to get clients to take action when necessary. At the same time, behavioral finance and psychology is increasingly becoming a necessary tool in every advisor’s skillset (the CFP Board has even added the psychology of financial planning to its exam topics). It’s going to be really interesting to see how this deep understanding of human psychology and behavior can impact Knudge’s technology.